» me my mate and my sheep

» Two Hearts Will Beat As One

» It never goes away

» The Old house On The Hill

» Always there for me

There once was an owl so tiny in form
I saw her heart beating as she began to transform.
She spread little wings in an attempt to fly
As she leapt off her post, a breeze lifted her high.

The world was a big place with many strange things,
her courage grew strong with her uplifted wings.
She began to feel free to look all around
When she saw a large shadow next to hers on the ground.

She tilted her head to the right and the left,
her heart almost failed her, she felt so bereft.
Why, oh why, had she left the comfort of her nest
to sample the sights and sounds of the world at its best?

As dangers past-seen surfaced to her mind's eye
and memories of how quickly things could go awry,
she almost faltered in mid flight;
her heart could not fail her due to great fright.

Resolve settled in to make her parents proud
She would best the large shadow she then avowed.
Her brave little heart began to beat sound,
thoughts of dear ones brought courage, she found.

Instincts from her nature, of a proud heritage,
of the great owls gave her an advantage.
She tipped her wings, downward bound
spiraling down fast, seeking speed to gain ground.

As she drew nearer, she heard a familiar sound;
that of her mother calling, brought her around.
She spied a great place where her shelter would be
landing with glee in the crotch of a massive tree.

Safety she had reached after her first flight,
when sound of great wings beating caused new fright.
Turning her head slowly, the sight brought her eyes to tear
As landing beside her was her father dear.

Her father had flown with her, on guard was he,
To bring her back safely was his decree.
Her mother gazed proudly upon her with great delight,
"Little Owl" had grown with wisdom and courage through the night.

© by Robin Williams aka Little Owl

What a fantastic story Robin....Welcome to BP.
I enjoyed this poem very much....I look forward to reading more of your work. LOVED IT!!!!!

WOW what a great poem loved every word. Welcome to BP this poem holds steps to my thoughts on bird flights and birds in general.
Looking forward to reading some more of your thoughts and work. A great start and hope you will enjoy this Forum as do all the other writers who have joined. 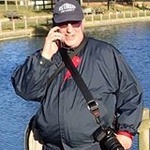 Thank you all for being so kind. Bev challenged me to write a poem last night and I didn't think I had it in me. As I began to write, the story seemed to take on a life of it's own. I have always admired my sister's ability to write. I just hope it wasn't beginners luck for me. I teasingly told Bev this morning that I had writer's block. lol She just shook her head and said she just didn't know what to do with me. She is a precious person and I am so glad to have her in my life. Again, thank you for your uplifting words of encouragement. I hope to get to know you all better in time.

Well, it goes like this: There is always a first poem. Everyone has to have that first attempt at getting started. I see you are great with words . . . you sister, whom we will introduce here in a bit, is a wonderful poet. So it stands to reason:-)

So glad to have my favorite sister/best friend here with me. Robin, you're a precious soul given new wings to fly. I know you will . . ..

truley remarkable, what fab poet you are, you wrote that so I could feel every wing beat with her....

Totally beautiful, I loved it :)

Thank you for sharing